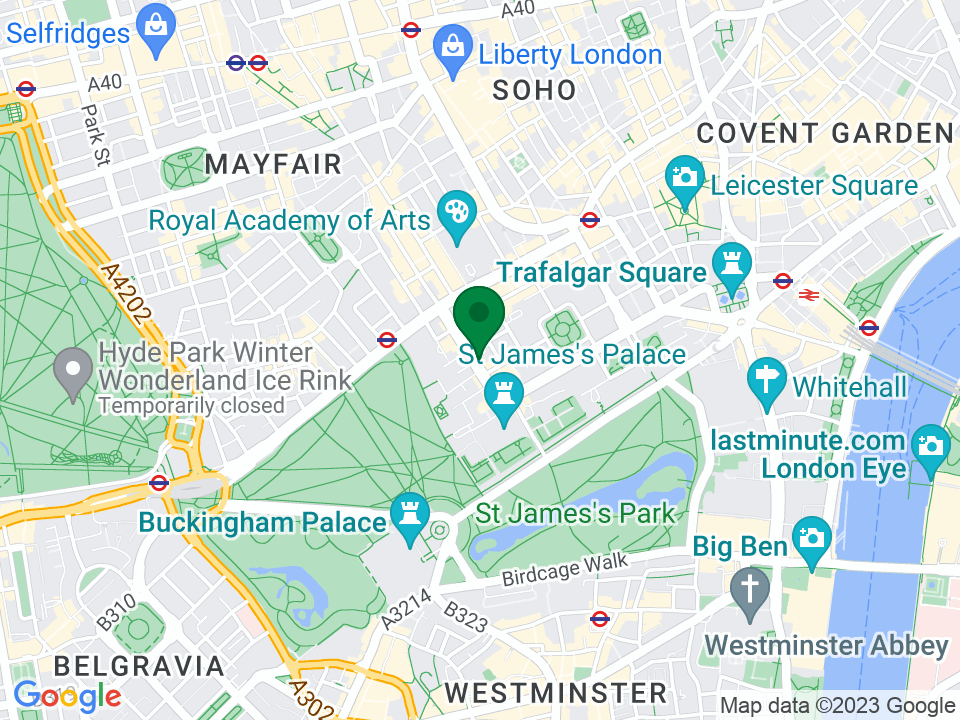 We have been trading in fine tobacco and smokers’ accessories from 19 St James’s Street for over 225 years and our customers have included discriminating smokers from all walks of life – from commoners to kings.   Among them have been Sir Winston Churchill, Oscar Wilde, British and Foreign Royalty, the officer’s mess of famous British regiments, and the leading lights of the stage, film, sport, tv, radio, music and literature.
Our world famous tobacco business started with Robert Lewis, who began trading fine tobacco in St James’s Street in 1787. James J Fox was formed in Dublin in 1881 and opened its first tobacco shop in London in 1947. Fox acquired the business of Robert Lewis on 14 September 1992, uniting two of the most respected names in the cigar world. Both companies now trade as JJ Fox (St James’s) Ltd and run the cigar departments of Harrods and Selfridges. The shop on St James’s street is managed by Mr Paul Bielby.  We are also among the very few shops to be exempt from the smoking ban. It is therefore possible to enjoy your purchase in our shop at St James’s Street as a sample with the view to buy more if you wish.